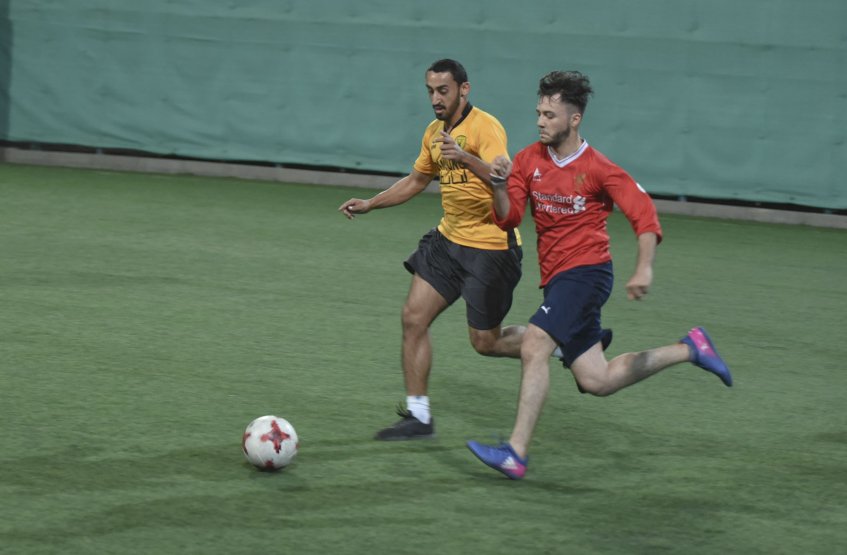 Al Ain University represented by the Deanship of Student Affairs at Al Ain Campus, launched the Football League for colleges to be held in the second semester of the academic year 2018-2019 for two weeks. Six teams are participating in the league, from, the College of Pharmacy, College of Engineering, College of Law, College of Business, and the College of Communication and Media. The teams are divided into two groups, where they play at the Jordanian Association in Al Ain.

Trainer Odai Owaidat, said that, the aim of organizing this league is to motivate students, to strengthen the spirit of competition among them, and to meet the student’s needs.