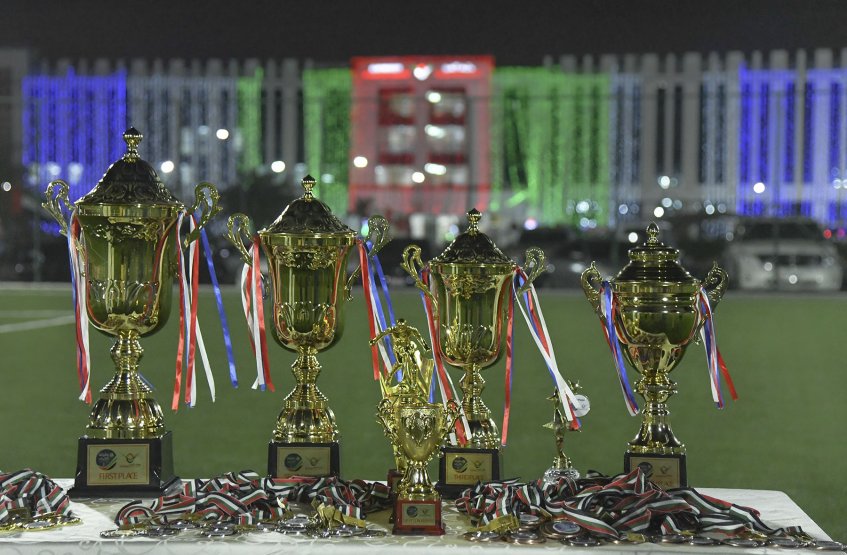 Al Ain University concluded season two of Al Etihad Football Championship, which took place throughout one month at the AAU’s stadium in Abu Dhabi Campus. The championship organized by the Administrative Unit in cooperation with the Deanship of Student Affairs, where 9 teams of the academic and administrative staff and students participated in the championship.

The Vice-President congratulated the winning teams, praising the high level of their sports skills, stressing that Al Ain University is proud of having talented students. He pointed out that the aim of the championship is to enhance the students' athletic and social skills, which come in addition to the scientific knowledge gained from the university.

Mr. Musa Mohsen, supervisor of the championship, said that it is witnessing a remarkable success every year, and stressing the keenness of Al Ain University in providing a suitable sports environment for its students to practice various sports activities.

It is worth to mention that, Al Etihad championship is played according to the FIFA law, and It aims to support sports talents, enhance the spirit of good competition between the teams and create a distinctive atmosphere of enthusiasm in the university away from the routine, also, the selection of "Al Etihad" to be the name of the competition aims to encourage the teams to compete in one spirit.