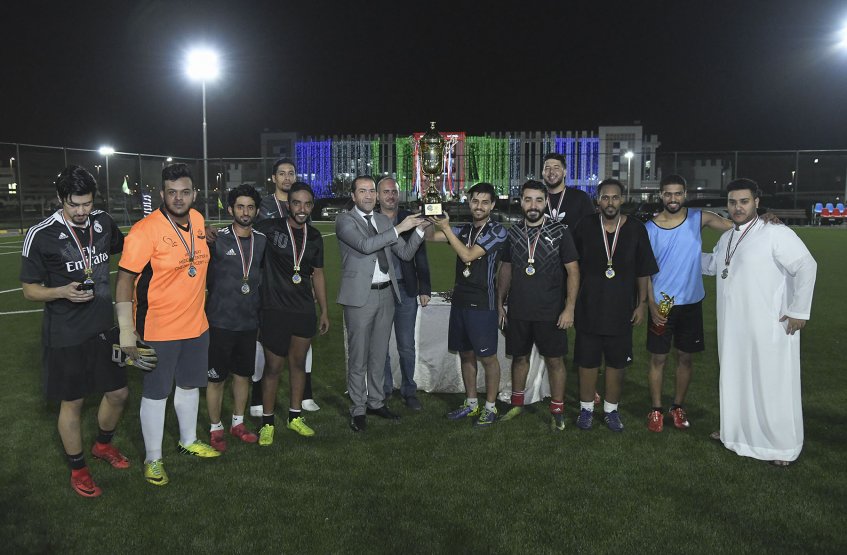 Real Madrid won Al Etihad Championship after a strong competition with Al Ain in the final of the second season of Al Etihad Football Championship, which resulted in eight goals against two.

From the beginning until the end, the match witnessed a struggling competition between two teams, playing a similar plan (four defenders, three midfielders and one striker). Real Madrid players proved their ability to control the match, where the first goal scored in the third minute by player Hassan Al Shatri, and by the end of the first half of the match Real Madrid scored 3 goals against Al Ain.

The excitement increased at the start of the second half of the match, which saw an unparalleled excellence of the player Mohammed Awad, who scored two goals for the Al Ain team.

Real Madrid team continued their control of the match with a smart planuntil the referee announced the victory of Real Madrid with eight goals against two goals for Al Ain, thus winning the championship cup deservedly.

On the other hand, the tournament witnessed a fierce competition between Al Malaki team and the law students, which ended with 6-1 for Al Malaki who crowned on the third place.